Multiple Supernovae in the same galaxy

What are the odds?   Supposedly, in an average sized galaxy you should see a supernova once every century.   There being some 30,000 named galaxies, we should be seeing about 300 supernovae a year.   In reality, this number is more like 100.   Since Supernovae only last about 6 months, that means that a possibility of about 1.5 double supernova per year.   Also, some galaxies produce more supernovae than others.   Check The most prolific galaxies for more information.

When looking at these images, you should note just how big these galaxies are.   The typical galactic disk is 100,000 Light years side to side and about 750 light years thick.   Though the light from these two events reach us at the same time, they may have actually happened hundreds or thousands of years apart. 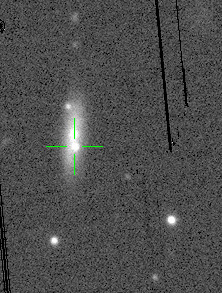 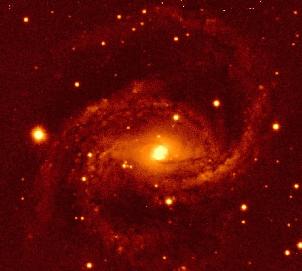 Supernovae 1996bw and 1997W in NGC 664 the SN are the two stars to the right of the galaxy's nucleus 1996bw is the yellow one on the top and 1997W is the blue one on the bottom. CfA was not sure which one was the supernova, so they took a spectrum of both of them. They both turned out to be supernovae.